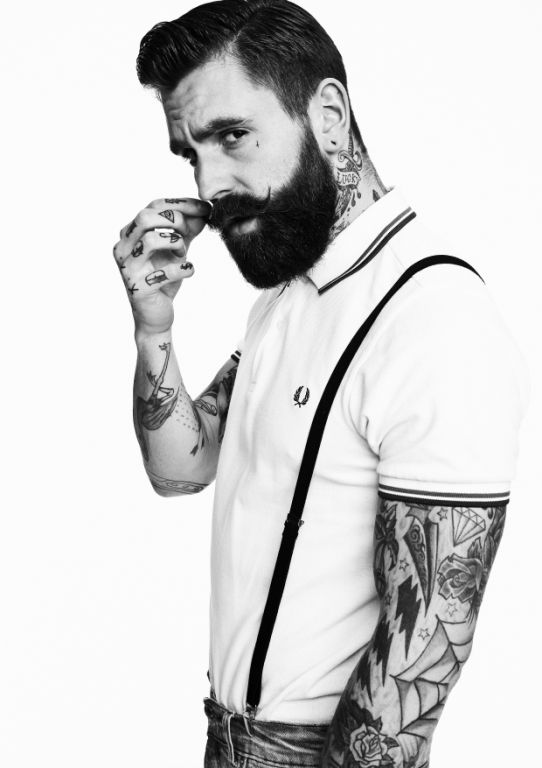 This week we kick off the new series of Bearders, with probably the worlds first and most well-know bearded model, the one, the only…. Given the fact that this oke is merely 25, he clearly has the potential to grow quick the masterful facerug. And we especially dig the handlebarred mustache, which we would have you know, takes quite a bit of mo wax to get it standing just right!

His beard takes quite a bit of grooming including a daily shampoo and conditioning, after which he applies his custom-made especially for him, scented beard oil. All this has led to him being known for the absolute softness of his beard, something that most chicks he comes across usually want to test out, and mostly they ask to feel and smell his beard. Aweness my bru!!!!! We schmaak that stukkend!!!

Ricki is truly an eccentric in every sense of the word, especially given his age. I mean, check that canvas he calls a skin, not too shabby hey Naaaaij! He use to be a mechanic at his dad’s humble bike shop, but he was then literally scouted of the street on a visit to London and that’s where his modelling started. He use to only rock a Mustache at first but once he started bearding, he has never looked back, and his career has taken off like crazy because he was the beard model pioneer! All that jazz, and then the oke also enjoys a good jol with enough beer and food to go around.

We salute you sir!