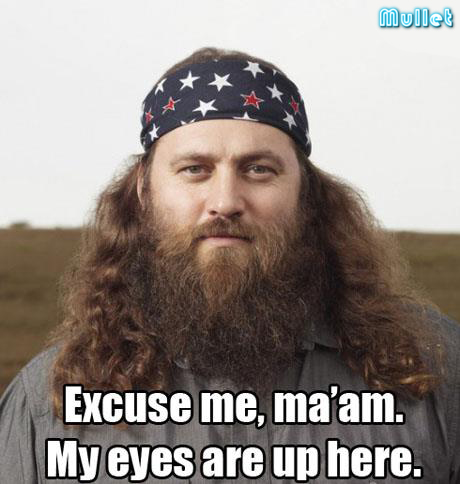 We here on Mullet just love us some beard action. We actually like them all year round, but for the other mere mortals around, we will focus more on them for this month, especially since it is No Shave November… and then comes Don’t Shave December…. and then Manuary… you catch the drift.

As you should know by now, there are only two types of people that don’t have beards… They are boys and women!! And not only that it makes you more rukked… But contrary to popular belief, beards are irresistible to the honeys, and that be a fact… unless there is some left over food stuck in it… So go ahead, grow that bad boy, even if you can’t really grow one yet, and it comes out very patchy, own the shit out of it!!!! Keep your eyes locked because tomorrow we will be taking a look at some well know bearders from around the globe, it will be the first of a new weekley series.